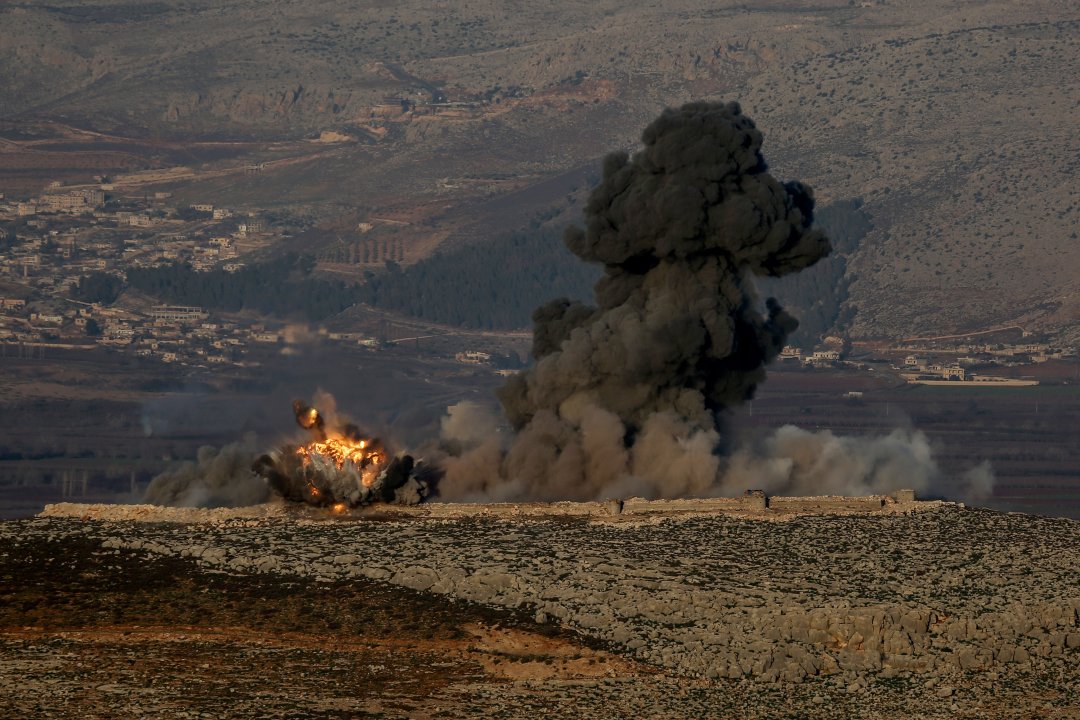 What does Afrin Mean for Turkey's War on Terror?

Following Operation Euphrates Shield (OES), Turkey brought a new dimension to its military activity in Syria in order to minimize the PKK’s strength in northern Syria and to “de-territorialize” the terrorist group in the middle term. With the Afrin operation, the aforementioned military activity has spread in a wider geographical area in the western flank of the Euphrates.

The operation, which had been in preparation phase for a long time, started on January 20 with the offensive phase, short after President Erdogan’s “Afrin operation has actually started on the ground” statement.

While the Turkish Armed Forces (TAF) declared the name of the operation as “Olive Branch,” it made reference to decisions made by the UN Security Council’s decisions with regards to the war on terror and ‘self-defence’ element in Article 51 of the UN Charter – as it did in OES.

There are a number of push factors that shape Turkey’s strategy towards the PKK’s presence in northern Syria. However, for now, Turkey will try to actualize the strategy differently in two geographical areas. Turkey’s first goal is to minimize the PKK’s presence and capacity and force it to withdraw from the areas it controls in the western flank of the Euphrates.

Afrin is one of the critical thresholds

Afrin constitutes one of the critical thresholds to realize this strategy. The PKK captured Afrin in 2011 based on an agreement with the Assad regime and it declared it as a canton in 2013. Since 2014, Afrin has been ruled by a cadre, which includes high-level PKK leaders. As stated by Talal Silo, who was a former SDF figure, individuals from the PKK’s Qandil Mountain ranks such as Khalil Tafdam, Haji Ahmad Houdro, Mahmoud Barhoudan used to administer Afrin. With the intensification of the Syrian Civil War and the Assad regime’s tacit consent, the PKK first eliminated Kurdish opposition and secured absolute authority in the region. The group then displaced non-Kurdish residents through a “subtle demographic engineering.”

In this context, residents of 42 villages and towns (Tel Rifat, Menagh, Sheikh Issa etc.) in northern Syria, whose numbers are estimated to be around 250,000, were deported by YPG militants in 2016. Following Turkey’s downing of a Russian jet, the PKK captured the Tel Rifat-Menagh axis east of Afrin from the FSA with Russian air support and consolidated its power in these regions.

On the other hand, the PKK utilized Afrin as a base for its attacks in Turkey. For this reason, the Afrin operation has a strategic importance in Turkey’s fight against terrorism. The Afrin-Amanos connection in the region had an importance with regards to the PKK’s attacks towards Turkey’s Mediterranean region. The PKK used to transfer its forces from the Hassa county to the Amanos region via its elements deployed in Afrin and its surrounding villages, also making use of the mountainous terrain.

The PKK threat towards Turkey was not limited to this. Afrin has been one of the crucial centres of the PKK’s ideological and armed training until today. Members of the PKK who used to receive training on weapons and explosives in the camps based in this region carried out attacks in Turkey. Hence, Afrin had become a harbor for the radical leftist organizations in Turkey.

The strategic goal of the Afrin operation

Although the goal of the operation was declared as bringing peace and stability to the region, taking inspiration from the olive trees there, it is safe to state that Turkey will have to face a formidable challenge in order to achieve its mission. Herein, along with difficulties on military-technical and operational levels, Ankara’s stated strategic goals for the middle and long term is likely to face geopolitical challenges.

In military terms, although Turkey drew some lessons from OES on tactical, operative and strategic levels, there are some differences in the nature of enemy identification at least with regards to Afrin. It is not difficult to expect the PKK to build its defense on its social base, where the latter is strong.

During the first stage, TAF is carrying out its land operation against shelters and weapon placements of PKK members fortified in rural areas. At this stage, although the PKK plans to stop TAF and FSA elements by making use of topographical conditions in parts of Afrin, taking the joint nature of the operation and the imbalance of power between the two parties into consideration, this plan is very unlikely to materialize. In this respect, it will not be possible for the PKK to keep rural areas under its control. Hence, the terrorist organization is expected to move its main defense to residential areas and to fight an urban warfare. Taking the PKK’s capacity into consideration, clashes in urban areas will be heavier.

These circumstances may prolong the duration of the operation and may also turn the diplomatic stage against Turkey. For this reason, Ankara would move first to minimize the strength of the PKK in Afrin, then capture strategic points and consolidate the FSA’s control there, and then fully minimize and “de-territorialize” the PKK in the western flank of the Euphrates.

A new page in the Syrian theatre

At this juncture, it appears that Turkey cannot confine itself to the Afrin operation. The importance of the Afrin operation for Ankara is to pressure, especially the United States, for the elimination of the PKK presence along the Turkish border in the eastern flank of the Euphrates, not to mention Manbij. In other words, Turkish military presence and fortification in the western flank of the Euphrates will function as an element of pressure on military and political levels against the PKK and the U.S. in the eastern flank of the river.

As long as Turkey’s military determination goes smoothly on tactical and operative stage, Washington should be prepared to take steps backwards or to lose Turkey.

The Russian position is estimated to affect Turkey’s military success in the western flank of the Euphrates. The execution of the Afrin operation indicates the presence of some sort of an agreement between Turkey and Russia. It is possible to speculate on the dynamics on which this agreement was built, but it would be wrong to think that the parties are engaging in this process based on expectations of “absolute gains.”

It is very clear that the Afrin operation has opened a new page in the Syrian theatre. This page poses some risks for Turkey as much as it does for Syria in general and for U.S. foreign policy. The perusal of this process by the U.S. is very crucial for the minimization of these risks.