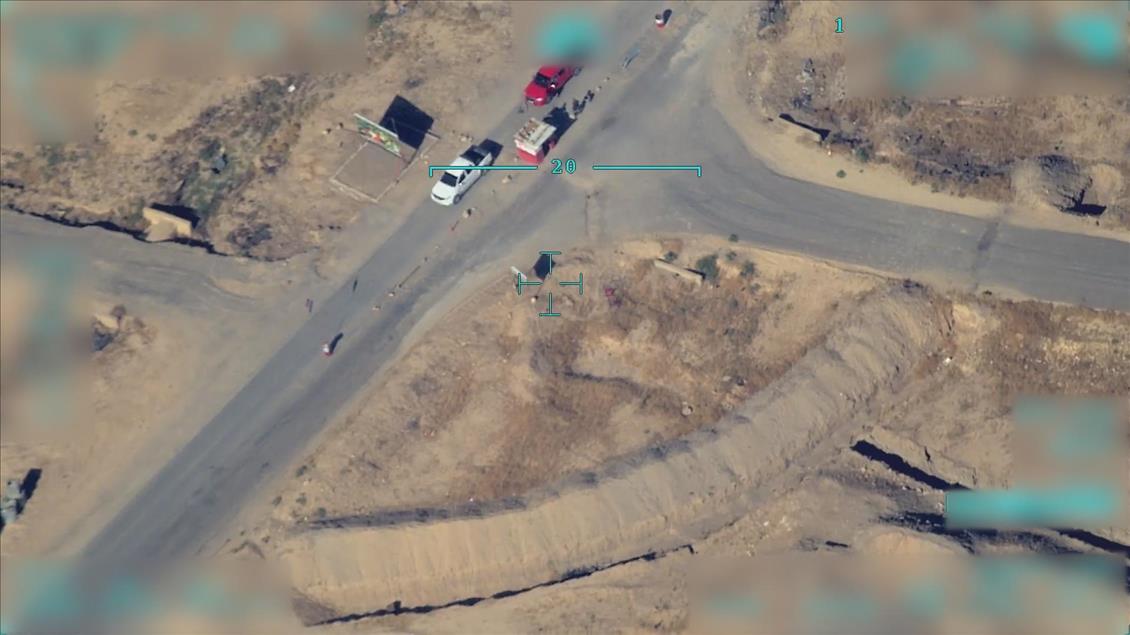 What can Turkey Accomplish with Drones in Its Fight against the PKK? | Lessons from the Past and Expectations about the Future 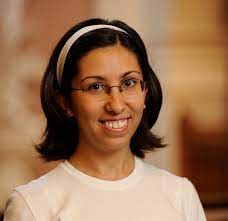 Turkey has been on the news lately for the effective performance of its nationally-produced drones covering areas from northern Iraq and Syria to Libya and Nagorno-Karabakh. In fact, Turkey has been using unmanned aerial vehicles (UAVs) in counterterrorism/counterinsurgency operations since 1990s. Turkey has made further purchases of UAVs in the early 2000s as its Armed Forces (TAF) bore the benefits of these instruments in the struggle against the Kurdistan Workers’ Party (PKK) terrorist organization both inside and outside the country, especially in intelligence, surveillance, and reconnaissance missions. In the meantime, investments were also made to develop indigenous UAV systems. The current Anka-S drones produced by TUSAS Aerospace Industries (TAI), and TB-2 drones developed by Baykar Makina are the results of these efforts. Recently, the new Bayraktar Akıncı (“raider” in Turkish) unmanned combat aerial vehicle has also made it to the inventory of the Turkish military. There is no doubt that the Turkish drones have made a difference on the battlefields. Nevertheless, what can Turkey accomplish with drones in its current counterterrorism/counterinsurgency efforts?

Use of UAV Systems in Unconventional Warfare

Since the British Royal Air Force’s (RAF) air policing efforts of the inter-war years, air power often has been deployed in missions outside of conventional warfare. The creation of RAF as an independent air force in the aftermath of WWI, was a revolutionary step at the time and throughout the 1920s and 1930s. RAF had embarked on various policing and internal security missions in the face of colonial conflicts in places like Somaliland, Aden, and Iraq. These missions, which mainly involved reconnaissance and bombing campaigns, created the impression that “airpower, backed by a small, mobile ground force, could cheaply police the empire”. Although much has changed since the Great Britain’s imperial times of air policing, the U.S’ deployment of air power, especially its UAVs in Afghanistan and Iraq for counterterrorism operations in the 2000s, also constituted “an inexpensive approach to managing violence on the periphery by relying on novel weapons”.

State actors in fact made use of unmanned aviation systems in different conflict theaters throughout the 20th century including World War I, World War II, Korea, Vietnam, Bosnia, and Kosovo. However, it was mainly during the War in Afghanistan that the real battlefield potential of drones was widely acknowledged. In the U.S. War in Afghanistan, drones helped improve reconnaissance capabilities and made continuous coverage of specific areas possible. Especially the high speed of communications “between UAVs, satellites, combat aircraft, and command centers” enabled effective use of these reconnaissance efforts. In the Afghan campaign, Predator became “the first UAV to add the strike mission to its repertoire”, attacking Taliban and Al-Qaeda leaders with Hellfire missiles. Thus, drones became valuable for locating and attacking high-value targets at relatively low financial costs and risks for U.S. troops.

Turkey began to use home-grown armed UAV systems in its counterterrorism operations from 2015 onwards. During this period, drones played an important role in constraining the mobility of the PKK militants, identifying and striking targets as well as acquiring real-time and continuous surveillance over the PKK sanctuaries. Together with signals and human intelligence capabilities, TAF utilized drone strikes to neutralize tens of senior PKK cadres, including the former PKK head in Syria, Sofi Nurettin. In the past few years, some top PKK figures acknowledged the damage Turkey’s drone strikes caused the terrorist organization.

Drones have merged well in Turkey’s recent counterterrorism strategy. When the Kurdish peace process failed in 2015, at first, in late 2015 and early 2016 there was an episode of urban warfare with the PKK in a number of Turkey’s southeastern provinces. Then, military operations against the PKK has speedily continued in mountainous areas both in the Southeast and across the border into northern Iraq and Syria. During his visit to the military units in Hakkari’s Cukurca district along the Turkish-Iraqi border in September 2016, then Prime Minister Binali Yildirim announced Turkey’s new counterterrorism offensive against the PKK, saying that ‘Turkey would not stay in a defensive position, anymore.’ Thus, from late 2015 onwards, Turkey’s policy towards the PKK aimed not only at “preventing potential PKK attacks”, but also at weakening the PKK organizationally and constraining its ability to carry out attacks both within and outside of Turkey along the border regions.

For the past few years, field dominance has turned out to be a key aspect of this counterterrorism strategy. In a series of cross-border military operations especially since 2018, TAF has not only pursued a proactive operational model, but also established checkpoints to maintain control over the mountainous terrain, especially in northern Iraq. In this endeavor, air superiority in general and Turkey’s home-grown UAVs in particular played an important role in achieving and sustaining field dominance. The ability to monitor the PKK’s activities along the border regions in a persistent manner significantly contributed to a military success against the PKK, preventing the PKK militants from “establishing new camps and caves, or infiltrating into Turkey”. These series of military operations in northern Iraq, dubbed Claw, also went hand in hand with Turkey’s cross-border military operations in northern Syria in 2018-2019; namely Operations Olive Branch and Peace Spring, which aimed at preventing the formation of a PKK-affiliated corridor along the Turkey-Syria border. According to official figures, these military operations have led to an 83% decrease in the number of PKK terrorists in Turkey since 2018. Interior Minister Süleyman Soylu stated on September, 19 2021 that less than 200 PKK members remain within the country.

Turkey further improved the effectiveness of its drone use in regional conflict theaters in 2020-2021 with positive implications on its technology-intensive counterterrorism efforts. An early remarkable experience was the Turkish retaliation against the Syrian Arab Army forces in Idlib. On February 27, 2020, after a group of Russian and Syrian fighter jets allegedly attacked a Turkish military convoy between al-Bara and Balioun in southern Idlib, Turkey conducted an air campaign between March 1-5, dubbed Operation Spring Shield against the Syrian regime forces.

Renowned Turkish defense analysts Arda Mevlutoglu and Can Kasapoglu identified Turkey’s use of drones in Spring Shield as “unprecedented in modern military history” and “a conceptual breakthrough”. This was the first time that TAF utilized home-grown drones “in large numbers simultaneously for artillery and surveillance”. The main thing that  specifically worked in Operation Spring Shield was Turkey’s use of its drone fleet “in coordination with electronic intelligence, electronic warfare, combat aircraft, and artillery units”. The operation had turned out to be a success story for Turkey and ended the Syrian advance in Idlib.

Turkish drones had also enabled effective outcomes in Libya in support of the UN-recognized Government of National Accord (GNA) in 2019-2020 as well as in the armed conflict between Azerbaijan and Armenia over the Nagorno-Karabakh territory dispute in September 2020. Turkey’s military support to Azerbaijan, marked by drones and military advisors, allowed the Azeri side to regain the territory it had lost in the 1988-1994 war.

Lessons from the Past and Expectations about the Future

Turkey’s recent drone experience, in many ways, resembles the British imperial air policing missions and the U.S. precision strikes in Afghanistan and Iraq. Turkey also perceives drones as low-cost instruments in counterterrorism/ counterinsurgency operations, decreasing (albeit not fully eliminating) the need for ground troops. Furthermore, similar to the U.S. counterterrorism practices against Al-Qaeda and the Islamic State of Iraq and the Levant (ISIL), Turkey utilizes drones to combine real-time intelligence with precision strikes against the senior cadres of the PKK.

However, especially with Operation Spring Shield, Turkey has moved beyond the existing drone theory and practice, and formulated a much more comprehensive military doctrine, coordinating drones with other elements of the armed forces, including electromagnetic spectrum warfare technologies, artillery units, and combat aircraft at an unprecedented level in modern military history. Special operations forces as well as human intelligence have also been key factors of this mix. Thus, Turkey’s recent drone use has marked a significant breakthrough in the way this technology is deployed at the tactical/operational levels, and proved its effectiveness.

Nevertheless, regardless of how advanced and effectively one’s technology is used as part of the military doctrine, counterinsurgency/counterterrorism constitutes a multi-dimensional endeavor, and most importantly, a political-military struggle. With the help of its nationally-produced drone technology, Turkey’s counterterrorism campaign has since 2015 brought about a significant decrease in PKK attacks, disrupted the PKK’s ability to recruit new members, and caused command and control problems within the terrorist organization. There is no doubt that Turkey’s effective application of its drone power put the PKK in a difficult situation militarily and weakened it organizationally. However, there is a difference between “countering terrorists and countering terrorism”. Turkey has also defeated the PKK militarily in the late 1990s after it had put its leader Abdullah Ocalan in jail, causing the terrorist organization to declare a unilateral ceasefire and withdraw its militants from Turkey. However, this military success did not prevent the PKK from reviving its attacks against Turkey from 2004 onwards within the favorable circumstances of the Iraq War. Therefore, despite its innovative use, without clearly identifying the political objective of the military operations against the PKK and addressing the root causes of the social mobilization that created the PKK as a terrorist organization in the first place, drone power is unlikely to generate an overall and permanent success on its own in Turkey’s decades-long struggle against the PKK.