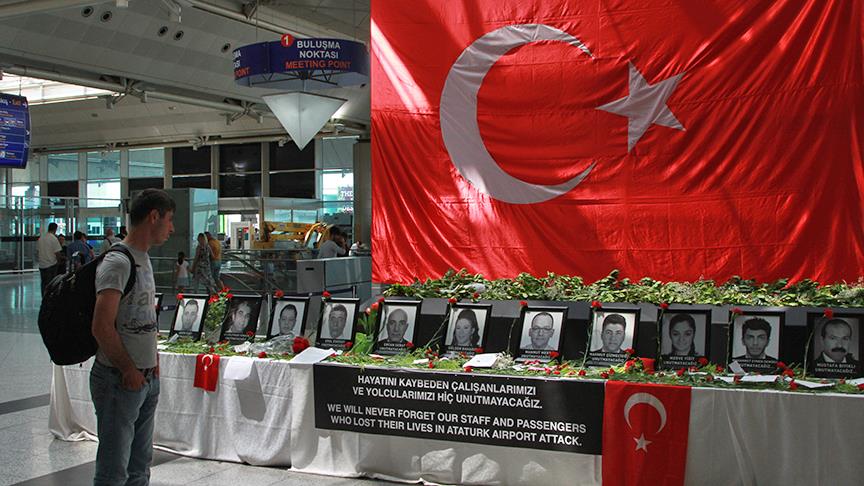 Turkey has faced serious security challenges for the past two years. The reemergence of PKK terrorism fed by ethnic radicalization and the ISIS terror campaign based on religious radicalization have constituted a common offensive front against Turkey. The attack on Istanbul’s Ataturk airport on June 28, 2016, proved that this multilateral threat has reached its peak in terms of planning and organization, sophistication and the strategic impact on the future of Turkey’s security. The attack, in which the death toll exceeded 40, with more than 150 wounded, indicates that the ISIS threat to Turkey is transforming from a sole criminal issue to a long-term strategic concern.

There are three main reasons behind the transformation of the ISIS threat against Turkey: first, the overwhelming and rapid evolution of ISIS attacks in Turkey; second, the ISIS strategy of gaining ground in Turkey by forming and expanding cells committed to itself; third, the beginning of ISIS’s direct targeting of Turkey as a whole because of Turkey’s increasingly harsh measures against the organization, both within and outside of the country.

Understanding the first reason involves the consideration of three recurring and changing aspects of ISIS attacks: the type of target, tactics and terrorist profiles. Assessment of all seven ISIS bombing attacks in Turkey demonstrates some of the crucial changes in the selected targets, the tactics used and the profiles of the attackers. It should be noted that these changes have emerged in the context of the evolving position of Turkey in the Middle East as well as the shifting conflict environment in the region. In this context, the Diyarbakir attack of June 5, 2015, and the Suruc attack of July 20, 2015, were attempts to carry the Syrian ISIS-YPG conflict to Turkey. The method employed was suicide bombing by an individual, the target was a specific group and the bombers were Turkish citizens who were radicalized in the small cells in Turkey in which ISIS propaganda was made. The next attack, the Ulus bombing of October 10, 2015, had the same patterns, with the exception of the usage of two suicide attackers, one of whom was a foreign national. Yet, the three bombers of Diyarbakir, Suruc and Ulus had close ties with each other: two were brothers and the third was a friend. Together, they travelled to Syria and, there, joined ISIS before the attacks.

The Sultanahmet attack of January 12, 2015, and the Taksim attack of March 19, 2015, highlighted a change in terms of the targets and the terrorist profiles. The first attacker was a Syrian national who fought in ISIS ranks and undertook bomb training. He carried out the attack with the help of ISIS cells in Turkey and specifically targeted foreigners. Therefore, this was a certain shift in target types and also the first collaboration of a foreign attacker with local cells during planning and performance. Taking these attacks into consideration, we have seen a shift from the organization’s selective approach to target designations towards attacking Turkey as a whole. These attacks have also shown the beginning of the engagement of foreign nationals in ISIS suicide attacks in Turkey.

The Ataturk airport attack was a milestone for the ISIS strategy against Turkey. The target was more strategic, the message was more global, the tactics were hybrid and the attackers were multinational foreign terrorist fighters. The transformation of tactical planning and performing from sole suicide bombing towards the “suicide warrior” model is particularly clear. This model is based on the creation of panic, attacking with assault rifles and the attacker blowing himself up with the essential aim of causing as much damage as possible. The attackers, in addition, had possibly experienced the Syrian Civil War as foreign terrorist fighters from three different countries. Therefore, it can be said that the sophistication of the planning and performance of the ISIS attacks in Turkey reached its peak with the Ataturk attack. As a result, taking all factors into consideration, the devastating movement of ISIS into Turkey in such a short period of time demonstrates the possibility of the evolution of the ISIS threat to a strategic level in the long term.

Yet, there are further elements that have led to the emergence of ISIS as a strategic problem. Another indicator of this problem is the decentralization strategy of ISIS from its core areas in Syria and Iraq. The organization has been trying to establish and expand cells throughout Turkey, which can be seen by the characteristics of Turkish security forces’ intensive raids all over the country. This means that possible future attacks may be realized due to the lack of strict command and control structures such as those of the central leadership in Syria and Iraq, potentially leading to a dramatic increase in the number of attacks, with lone wolf attacks beginning to occur in Turkey.

The decentralization strategy of ISIS constitutes a new threat at a crossroads of three problems. The first problem is the existence of Turkish foreign fighters in ISIS ranks. The risk of the transformation of these terrorists into possible future attackers in Turkey is very high, although it is not known how many have been killed on the battlefield, have returned or will return to Turkey from the conflict areas. Moreover, what type of terror structure they will pursue in Turkey is a significant question. The second problem is the international FTFs who may want to flee or return from the conflict areas, thereby exposing a high level of risk because of their view of Turkey as their principle destination. Furthermore, the risk of embedment of these returnees into the organization’s cells in Turkey could cause a rapid enhancement of ISIS infrastructure and logistics in Turkey. Police operations after the Atatürk attack show that a significant number of FTFs are trying control and command local cells within Turkey under the direction of ISIS central command. The third problem is that the FTFs’ existence in Turkey, sociologically, will feed another radical fundamental deep wave that eventually could transform the strategies of Turkish citizen sympathizers. This sociological yet unstructured deep wave has shown itself in all ISIS attacks to date. In particular, recent detentions and security operations in the heart of Turkey show that ISIS elements have gradually developed a multinational character, thus raising the danger of a deep radicalization wave.

As Turkey has reacted more forcefully, ISIS has begun to attack Turkey directly and in more sophisticated ways.

The last element of the strategic problem is the security dilemma Turkey faces from ISIS directly. Turkey has gradually increased its efforts within the global policy to degrade and destroy the organization. On the other hand, as Turkey has reacted more forcefully, ISIS has begun to attack Turkey directly and in more sophisticated ways. Intensive large-scale raids by Turkish security forces against ISIS cells in Turkey, the opening of the critical Incirlik Air Base to International Coalition jets and the steady bombardment of ISIS-controlled areas in Northern Syria by Turkish Armed Forces at the Syrian border are thought to be the major factors influencing ISIS to target Turkey increasingly. When ISIS faces a real survival problem in its heartland in terms of losing territory and fighters, Turkey will be the first country to be targeted by ISIS.

On the one hand, Turkey has become a vital part of the international efforts on degrading and destroying ISIS. On the other hand, it should be noted that Turkey is the only country vulnerable to ISIS attacks to such a high degree because of its geography, neighboring the zones where ISIS emerged, transformed and grew.

ISIS has always sought to punish Turkey, targeting her stability, harmony and economy, and the threat against Turkey has gradually increased. Significant losses on the side of ISIS last year are likely to have influenced its command structure to implement a new exit plan, which in turn will prepare the ground for ISIS terror groups in other countries such as Libya or Afghanistan. In addition, Turkey may be one of the major destinations for ISIS militants fleeing from Syria and Iraq. All of these factors could lead to ISIS becoming a strategic problem for Turkey in the near future.