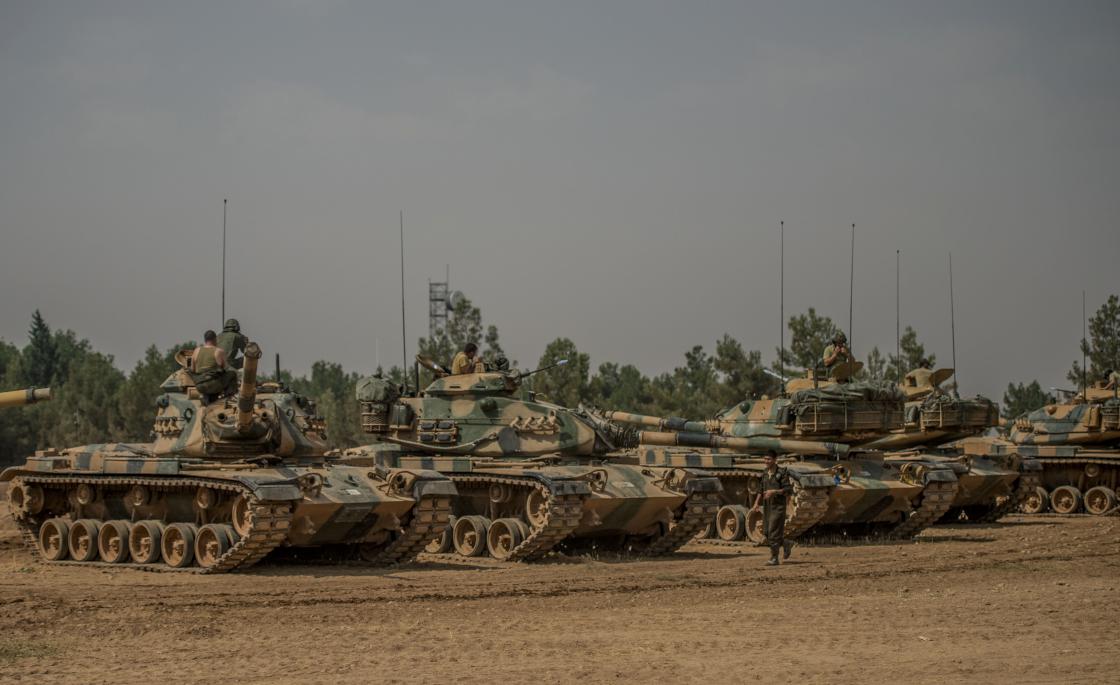 The PKK and Its Complicated Future

In the past two weeks, there have been many developments that gave us clues about how we should think about the future of the PKK in the region. Firstly, the Turkish Armed Forces and TAF-backed Free Syrian Army captured Afrin city center within 58 days of the launch of the operation. The PKK/YPG had vowed that Afrin would be Turkey’s Vietnam. Secondly, Turkey began to intensify its political and military pressure on the PKK/YPG presence in Tel Rifaat. Various Turkish and Arab media channels reported that the center of Tel Rifaat city was encircled after Russian military officers pulled out of the areas, allowing the TAF and TAF-backed FSA to enter. Although TAF has yet to confirm this new development, it would be appropriate to claim that the fall of Tel Rifaat is just a matter of time. The main irony that the PKK faced in Tel Rifaat was that the PKK/YPG had seized the area with Russian air support, and has now lost it with Russian political support for Turkey.

Thirdly, Turkey and the U.S. have been working on the Manbij issue since Ankara launched the Afrin operation. Following the Afrin military campaign, Ankara and Washington established working groups in order to discuss a number of issues, including the stabilization of Manbij and the prevention of possible undesirable clashes. The stabilization of Manbij is now one of the determining factors between the two capitals to de-escalate the current crisis that emanated from the PKK in Syria. The signals coming from the U.S. underline that Turkey and the U.S. may reach an agreement to remove the PKK/YPG forces from Syria’s Manbij. Fourthly, Turkey’s strong political decisiveness to carry out its counter-terrorism campaign against PKK presence in Iraq’s Sinjar destabilized the PKK’s project to consolidate its power in Northern Iraq. Turkey requested the Iraqi government to clean the PKK forces from Northern Iraq, and indicated that the TAF would carry out a cross-border operation there anytime if necessary. Following the pressure from Turkey, the Iraqi government announced that its national army would take control of Sinjar, and remove the HPG militants (PKK armed wing coming from the Qandil Mountain) from there. More importantly, the U.S. Defense Secretary James Mattis told reporters at the Pentagon that “there is a PKK threat in Sinjar, across the Northern Iraq border against Turkey,” adding that the U.S. also wants the group to pull out from the area.

All the aforementioned developments that took place in the last two weeks underline that while Turkish troops are making sweeping territorial gains in northern Syria and recalibrating Turkish military deterrence against the PKK in northern Iraq, the PKK is gradually losing its strategic positions that it gained since the rise of Daesh in Syria and Iraq. The strategic and territorial losses of the PKK enables one to question the future of the terrorist organization in both Syria and Iraq. While it may seem that the PKK is strategically positioned in order to expand its sphere of influence in the mentioned countries, the reality in the region following the success of Turkey’s military action is that the PKK is dramatically overstretched and faces a complicated future.

There are many driving factors behind the failure of the PKK’s ongoing political project. While the lack of geopolitical and demographic depth constitute the main weakness of the group in Syria and Iraq, the over-reliance on external support, particularly on U.S. air support, can be counted as its main vulnerability. These factors are most likely to shape the PKK’s complicated future.

After the simultaneous loss of Afrin, Tel Rifaat and Manbij in a very short period of time, the PKK/YPG will only be able to maintain its territorial control in the eastern part of the Euphrates through U.S. support. However, it will not be able to easily sustain the control of the region anymore. Due to the unpredicted future of the Syrian crisis and the Turkish political and military pressure, the PKK can no longer control its territory without external support. The increasing rapprochement between Turkey and the U.S. over the problem of the PKK shows that the two sides will reach an understanding as Turkey vows to continue its military campaign against the PKK. This situation prevents the PKK from acquiring a geopolitical depth in Syria. More importantly, except in Afrin, the Kurds do not represent the majority of the population in any territory controlled by the PKK in northern Syria. A recent example shows that there is an increasing revolt against the terrorist organization’s presence in Tel Rifat, Manbij and Raqqa. The local people do not tend to accept the PKK-based political ideology, for which Abdullah Ocalan is considered as the main producer. This demographic and political imbalance undermines the PKK’s presence in Syria. The same is also valid for Sinjar. The PKK’s construction of Yezidis as an integral part of the Kurdish ethnicity does not correspond to the reality of the history of the Sinjar region. Therefore, the lack of demographic and political depth will prevent the PKK from maintaining control in the region.

Lastly, and perhaps most importantly, the U.S.-backed political project of the PKK is incompatible with the geopolitical realities of the region. This structural element is one of the most important factors that make it harder for the PKK to sustain it territorial and political control in the region. The PKK will only be able to survive if it receives air support from the coalition. In the near future, especially in the absence of Daesh, the PKK is expected to face another difficulty on the international arena. The propaganda machine for the PKK has also lost its functionality after Turkey’s Afrin operation. This will certainly affect the image of being an effective ground force in the fight against Daesh. As a result, it can be safely argued that the PKK faces a very complicated future in both Syria and Iraq.