The Death of the Man behind bin Laden 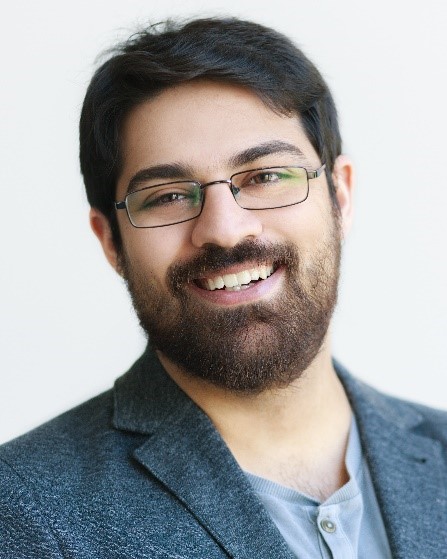 "My fellow Americans, on Saturday, at my direction, the United States successfully concluded an airstrike in Kabul, Afghanistan, that killed the emir of Al-Qaeda, Ayman al-Zawahiri." American President Joe Biden started his speech on Tuesday with a big announcement. The United States had killed the head of Al-Qaeda. Again. After the elimination of Osama Bin Laden Al-Zawahiri, then number two of the organization, had taken control of both Al-Qaeda and the world most wanted terrorist list.

Ayman Al-Zawahiri was born on June 19th, 1951 in Egypt. The New York Times reports him as an Egyptian surgeon, who founded the Egyptian Islamic Jihad organization, which is reportedly responsible for the assassination of the then Egyptian President Anwar al-Sadat in 1981, before merging it into Al-Qaeda in the 1990s. Indeed the report states that in terms of operational knowledge in terrorism Al-Zawahiri is much more experienced than bin Laden, stating that while bin Laden brought charisma and money to Al-Qaeda, Al-Zawahiri brought "shrewd intelligence and years of expertise." The article is dated September 24, 2001, shortly after the 9/11 attacks and when Al-Qaeda under the leadership of Osama bin Laden was at its peak. Hence it is not wrong to say that the value of the target and the impact of the operation were equivalent to the 2011 elimination of Osama bin Laden.

The BBC quotes senior officials in the administration saying that Zawahiri had resettled in Afghanistan again after the withdrawal of the US forces, and the thereby related fall of the western government and the rise of the Taliban as the nation's new rulers, eventually settling in the Choorpur neighborhood in downtown Kabul together with his family, where other senior Taliban officials live.

The US intelligence network observed him there for months and gathered information on him and his family from multiple streams, including the reconstruction of a small-scale model of the safe house used by Zawahiri. One of the main goals, other than the elimination of Zawahiri was to avoid any collateral damage, including the family of Zawahiri. Only he himself was supposed to be targeted, most likely to avoid a similar scenario as in the final days of the US withdrawal from Afghanistan where a drone strike killed 10 civilians.

US spies used the time to find and record behavioral patterns of the residents. Zawahiri's wife reportedly used terrorist tradecraft to avoid leading possible pursuers to her husband's house. In the meanwhile, the reports state that Al-Zawahiri himself never left the house premise, which in itself is already hidden behind high and thick walls, and only occasionally came outside to the balcony of the residence.

On Sunday at 06:18 am local time, a nearby drone launched two Hellfire R9X missiles that do not have a warhead towards the balcony where Al-Zawahiri occasionally comes out to. This is in line with the reports that Biden wanted to minimize collateral damage as the R9X kills with blades rather than explosive warheads.

The warhead is replaced with a 45kg reinforced metal tip. As the missile approaches the target, six blades fan out from the body and are capable of cutting even through metal. This design suggests that the goal of the missile is targeted killings rather than mass killings. Images of Zawahiri's house after the operation prove this as well. The only visible damage appears to be a broken window (see image 2). Whitehouse officials confirmed that Zawahiri's family, or indeed anyone else other than Zawahiri for that matter, were unharmed during the counter-terrorism operation. The last use of a Hellfire R9X was in the elimination of Abu Hamzah al Yemeni, a senior leader of the Horas al-Din group. He was eliminated while riding a motorcycle.

What is clear from this operation, however, is that the US despite its withdrawal still has a strong presence in Kabul. The months of planning and observation as well as the laser-guided nature of the Hellfire R9X missile suggest that the US still has some control even in a neighborhood where many high-level Taliban officials live.

Why does the elimination of a single terrorist leader matter?

Eliminating the heads of terrorist organizations leads to strive within the organization as in many such cases multiple possible people gunning for the position of the new emir. In the case of Al-Qaeda, the most likely successor is debated to be Saif al-Adel, a former Egyptian commando turned terrorist, who has been a member of Al-Qaeda for decades. But other options also appear such as Abd al-Rahman al-Maghribi who has been leading the media committee of Al-Qaeda.

Unlike in the case of Osama bin Laden, who had named Al-Zawahiri as his successor before his death, there is currently no pre-determined successor to Al-Zawahiri. Depending on the nature and ambitions of the people involved such a leadership change could affect the organization from the bottom up. Ayman Al-Zawahiri is the third major terrorist leader to be eliminated this year alone. The first was Abu Ibrahim al-Hashimi al-Qurayshi, the Emir of ISIS, neutralized in February while the second was Maher al-Agal, another ISIS leader who was neutralized in July in northern Syria.