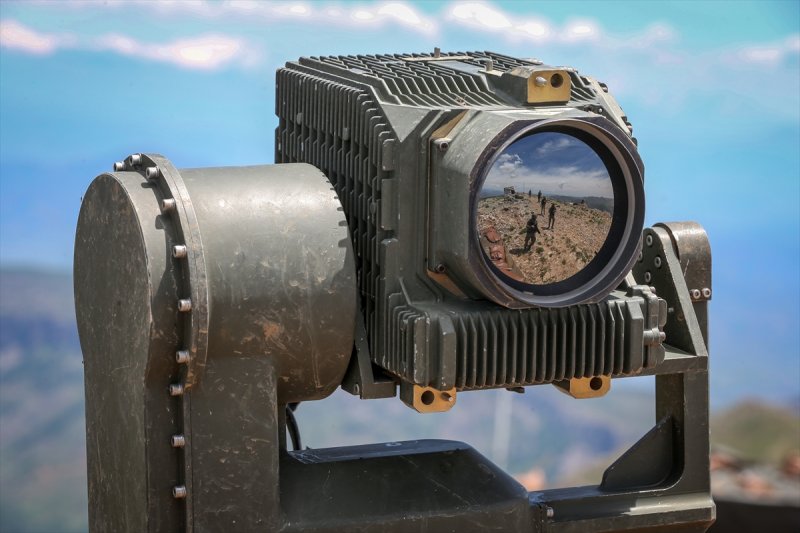 The recent change in Ankara’s strategy towards certain terrorist organizations has been a game changer. Since 2016, Turkey has been rapidly eliminating FETO and Daesh threats. However, the policy shift and the effectiveness of the fight given against the PKK threat has been incredible so far.

Ankara has made a drastic adjustment in its strategy towards the PKK. Before July 15, the PKK had found great opportunity to consolidate its military and political capacity to transform itself from a terrorist organization to an acceptable armed and political actor in Syria and Iraq. While the PKK has been enjoying the strategic advantages of the “reconciliation process” by reformulating its long-term strategy in Turkey, it has been repossessing its entire political and military organization and geopolitical agenda with the increasing international status notably gained following Daesh’s offense in Kobane (also known as Ayn al-Arab) in Syria and Iraq. The first attempt to achieve a territorial autonomy (known as democratic autonomy) in Turkey has failed due to Turkey’s active counter-terrorism strategy and has been territorially contained by Turkey’s military offensive in Syria and Iraq later on.

The success of Turkey’s counter-terrorism strategy was shaped by three revolutionary steps; the paradigm shifts in counter-terrorism strategy, security sector reform following the failed military coup, and the changing military strategy in tactical and operational level on the ground against the PKK. Besides these steps, one of the most important driving factors behind this success is the political decisiveness in sustaining a counter-terrorism campaign against the PKK. Undoubtedly, President Erdogan’s leadership role has been playing a vital role in consolidating the political determination of Turkey.

Firstly, Turkey’s new counter-terrorism strategy integrates and synchronizes political, security, economic, and the technological components that reinforce the state as the ultimate legitimate authority over the population while reducing PKK influence over the Kurdish population, particularly. This was primarily the case following the collapse of the peace process in 2015. The counter-terrorism strategy was designed to simultaneously protect the population from PKK violence in city centers and strengthened the capacity of the state institutions to marginalize the PKK’s perception in the eyes of the local people. Especially the process of de-PKKization of the municipalities was one of the most important strategic decisions taken by the government to undermine the PKK’s mobilization activities, particularly in the economic, political and military domains.

The changing understanding regarding the reformulation of the military operation modality is another revolutionary step in containing the PKK threat. Until recently, Turkey’s counter-terrorism strategy had been based on one-dimensional strategic calculation aimed to prevent the terrorist attacks conducted by the PKK against the military and security units, especially in the South-eastern part of Turkey where the PKK’s main terrorist campaign takes place. This one-dimensional counter-terrorism strategy is based on the action-reaction operational model in which security forces usually carry a reactionary military operation following the terrorist attack against any target in a specific geographical zone.

Turkey’s superiority in terms of surveillance technology and advanced intelligence capacity also facilitated the effectiveness of its counter-terrorism strategy and helped to prevent potential PKK attacks. Thanks to the strong intelligence network among the state security institutions and efficiency of the intelligence information shared in the operational domain, 100 senior terrorists were neutralized in 2018, including those who were listed under the red, blue, and grey categories of the most wanted terrorist list. In 2017, for instance, the PKK planned 965 armed attacks. However, this figure dropped to 677 in 2018 demonstrating the impact of Turkey’s effectiveness in military intelligence. More importantly, while the PKK conducted 250 improvised explosive device (IED) attacks in 2017, the number of IED attacks in rural areas decreased to 148 in 2018.

Recruitment is also vital to the PKK’s survival to sustain its terrorist campaign and propaganda. However, the numbers show that the PKK has not been effective in recruiting new fighters because of the counter-narrative program of Turkey. This is the new face of the Turkish counter-terrorism strategy in containing PKK influence over the Kurdish population. Turkey’s effective control of public space and improved population-centric counter-terrorism understanding, the PKK lost its efficiency in delivering its propaganda. The number of terrorists recruited to compensate for others killed during the counter-terrorism operations is in decline. Participation in PKK events has reached its lowest level in the last 30 years. In 2016, while the total number of terrorist recruitment was 3,881, only 95 joined to the ranks of PKK in 2018.

The security sector reform process adopted following the July 15 failed military coup attempt is another driving factor that positively shaped Turkey’s counter-terrorism strategy. While the relocation of the Gendarmerie under the Ministry of the Interior was an act strengthening the effectiveness of the internal counter-terrorism operations, the Turkish Armed Forces found a great opportunity to focus on extra-territorial counter-terrorism operations against the PKK, particularly in Iraq, which operationally prevented the terrorist organization to find extra space for maneuver to infiltrate into Turkey.

More importantly, the institutional reformulation of the Village Guards (VG) in counter-terrorism operations facilitated the effectiveness of internal operations in rural areas. The numbers show the increasing effectiveness of the Village Guards in fighting against the PKK. While the number of Village Guards reached 52,395 (plus 19912 volunteers) in 2018, the average age among the village guards decreased to 32. This is not limited to the increasing number of the VG; their technological capacity and training programs were also reformulated and improved following the new requirements of the PKK’s threat.

The harmonization of the technological capacities of different state/security institutions is also a critical infrastructure investment that Turkey has been doing since 2015. The reformulation of intelligence sharing, improvement of joint operation room and joint operational information mechanism facilitated the joint counter-terrorism operations. The number of professionals in Gendarmerie is 65 %, which is incredibly high as compared to previous years. To detect and end terrorist mobilization, especially in special counter-terrorism operations, drone technology provided Turkey another great opportunity in containing the PKK threat. Except for the TAF’s drone capacity, the drone capacity of the Ministry of Interior has increased 50 percent over the last two years. This is especially vital in creating a joint security umbrella to sustain active intelligence and rapid reaction against the PKK.

Turkey is revolutionizing its counter-terrorism strategy not only against the PKK in Turkey but also against other terrorist organizations in Syria and Iraq. The new face of terrorism and changing dynamics in the Middle East are likely to push Turkey to revolutionize its military engagements in the near future.