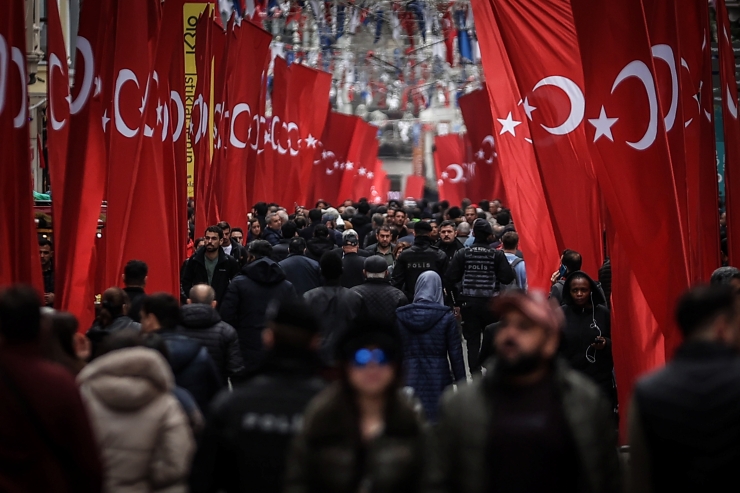 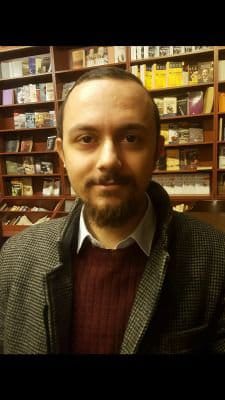 On November 13, 2022, at 4:20 pm, a terrorist attack was carried out on Istiklal Avenue in Istanbul, killing 6 people including 2 children, and injuring 81 people. Through the CCTV cameras at the crime scene, it was determined that the person who carried out the attack was a female terrorist named Ahlam Al-Bashir, a Syrian national who was allegedly linked to the PKK/YPG. The terrorist, who came to the scene with a backpack, sat on a bench on Istiklal Avenue for about 40 minutes, left the backpack on the bench, and walked away from the street. In a few minutes, a terrorist act was committed by detonating the bomb. After the explosion, the street was closed and a large-scale investigation was initiated. As a result of the findings and investigations, it was announced in the press release of the General Directorate of Security (EGM) dated November 14, 2022, that TNT, one of the high-powered explosives, was used in the attack.

Meanwhile, the police carried out a comprehensive operation and detained the woman who is the perpetrator of the attack and 21 people who were determined to be connected to the explosion in the first place. As a result of the ongoing operations, a total of 51 people were arrested while 2 people were released and deemed unrelated to the incident.

Where Was the Attack Planned?

Following investigations by security forces after the attack, it was determined that the attack was executed by a terrorist named Ahlam Al-Bashir, a Syrian national. The attacker was arrested from his hideout at 2.50 am on the night of the incident. She confessed her PKK/YPG connection and gave details of the attack in her statement at police headquarter.

According to Ahlam Al-Bashir's statement, her first contact with the PKK/YPG occurred in Manbij in 2017 through her boyfriend Ahmed A. She said that despite losing contact with him in Jarablus, she maintained her ties to the PKK/YPG and accepted tasks from the terrorist group. She said that when she was working for the PKK/YPG intelligence unit in Manbij in July, a man named Hassan contacted her and said, "Haci wants to entrust you with an important task." In a conversation with a person named Haci, she was given 400 Turkish Liras and 2 mobile phones and told that they would go to Turkey with another terrorist, Bilal, and act as husband and wife there. On July 27, terrorists illegally went from Afrin to Hatay and then to Istanbul, where they began to prepare for an attack.

In addition, she said that an address was sent to Bilal's phone when they came to Istanbul and they stayed together at that address for 4 months. During this time, they worked in a textile factory in Esenler and had not gone anywhere except home and work; but she confessed that she went to Taksim twice for reconnaissance with a suspect named Yasir. She also stated that her home and workplace belong to Ferhat Abeş, who is also affiliated with the PKK/YPG.

Al-Bashir said she came to Beyoğlu on November 13, 2022, with Bilal and Yasir. In Beyoğlu, Bilal handed over the backpack and left. After walking down the street for a while, she sat down on the bench where the explosion happened. According to CCTV footage from the crime scene, Al-Bashir passed Taksim Square at 3:17 pm carrying a white bag and backpack.

The attacker, who was seen in Taksim about one hour before the explosion, was seen on camera footage from Istiklal Avenue at 3:29 pm. In the footage, she can be seen walking calmly toward the crime scene.

At 03.30 pm, the attacker was sitting on the bench in front of a shop on Istiklal Avenue and waiting there. She stated that after a while she left the backpack on the bench and went to a nearby store, and claimed that a photo and video of herself were sent to her phone. Then, the terrorist code-named Haci called her and said "return to the backpack". After returning to the bench and sitting for a while, she claimed that she received the order to "leave there." After that, she started to walk through Taksim Square.

However, upon investigation by the security officers, it became clear that this part of the statement was false and that Ahlam Al-Bashir lied on this point to make it appear that she attacked out of fear.

The attacker left the bag on the bench at 04.11 pm and started to leave the crime scene in the direction from which she had come. Minutes later, when the explosion occurred, Bashir was seen running from the street.

Operation: How Was the Attacker Found?

Security forces closed the street to use after the explosion. Intelligence and counter-terrorism officials checked all camera footage along the attacker's route. Throughout the night, the terrorists were tracked based on 1,200 camera images. The explosion occurred when the terrorist was leaving the place. Meanwhile, Al-Bashir is seen running towards Taksim Square. There, she escaped from Beyoğlu to a house in Esenler by taking a taxi, and then a person named Ahmed J. took her to a house where she would hide in the Küçükçekmece.

Police officers first raided the house in Esenler and 21 other addresses in Istanbul. The police, who could not find Al-Bashir in Esenler, learned that the terrorist was hiding in a house in the Kanarya neighborhood of Küçükçekmece after the confession of the suspects they detained there. According to the information reported by the news sources, this address was besieged at 02.50 am, and Al-Bashir was detained by the police in the house where she was hiding with a gun and a large amount of money. It is learned that if the attacker could manage to escape, she would go to Greece and be executed there.

A General Assessment of the Terrorist Attacks in Turkey

Over the past 10 years, 42 suicides/bombings have been committed in Turkey. While a significant portion of the attacks was carried out in eastern and southeastern Turkey, the bloodiest attacks took place in Ankara and Istanbul. Accordingly, 169 people were killed in Ankara and 124 in Istanbul as a result of suicides/bombings between 2012 and 2022.

When looking at the distribution of attacks between these dates by terrorist organizations, it appears that the most severe attacks were carried out by ISIS. While ISIS has attacked civilians in 8 of 12 attacks over the past 10 years, it has attacked security forces in 4 of them. While ISIS attacks mostly focus on civilian areas, we see that PKK attacks mostly target security forces. Between these dates, 17 of the PKK's 21 attacks targeted security forces, while 4 of them targeted civilians. However, it is seen that the TAK terrorist organization, which carries out its activities in connection with the PKK, mostly chooses civilians as its target type. This terrorist organization has chosen civilians as targets in 4 of its 7 attacks in the last 10 years.

Terrorist Attacks in Istanbul Between 2012-2022

In the last 10 years, there have been 7 suicides/bombings in Istanbul. While 4 of these attacks were carried out by ISIS, 2 of them by TAK, and 1 by DHKP-C as suicide bombings. As a result of these attacks, 124 people lost their lives and 580 people were injured. Between 2012 and 2022, 4 out of 7 attacks targeted civilians and 3 attacks against security forces. When an analysis is made by years, the last 4 of the 7 attacks, except the last attack in November 2022, were carried out by ISIS and TAK in 2016.

The November 13, 2022 attack differed from previous PKK and TAK attacks in some respects. Because the perpetrator of this attack, Ahlam Al-Bashir, was identified as a Syrian national and the attack was planned by the PKK/YPG in Ayn al-Arab, Syria. In addition, TAK has been seen using Turkish-born people in previous attacks in Istanbul. These terrorists, on the other hand, were predominantly registered in the eastern and southeastern of Turkey and lived within the borders of this country. For example, on June 7, 2016, a 32-year-old TAK member, Eylem Yaşa, carried out a suicide attack in Vezneciler, Istanbul, and 11 people lost their lives in this attack. It has been determined that Eylem Yaşa is registered in Diyarbakır and has lived in Antalya for a long time.

The use of a Syrian national terrorist in the latest attack shows that the PKK/YPG aimed to achieve a different goal as a result of the attack, staying out of the ideological and ethnic motives used in its previous attacks. Because the most important factor here is the attempt to destabilize the country through internal issues by creating an ethnic and social problem in Turkey with a terrorist of Syrian nationality. A second point is that the terrorists came from Syria to carry out the attack, which leads us to think that the center of gravity of the terrorist organization is now outside the borders of Turkey, more precisely in Syria. Given that Turkey has neutralized a significant part of the PKK/YPG's senior executives in Syria with the MIT and TAF (TSK) operations in recent months, it is understood that terrorism is now trying to survive beyond the border, and therefore Syria has become a terror center in the context of the PKK/YPG. The planning of the attack here and the illegal arrival of the attackers from Syria was one of the latest examples.