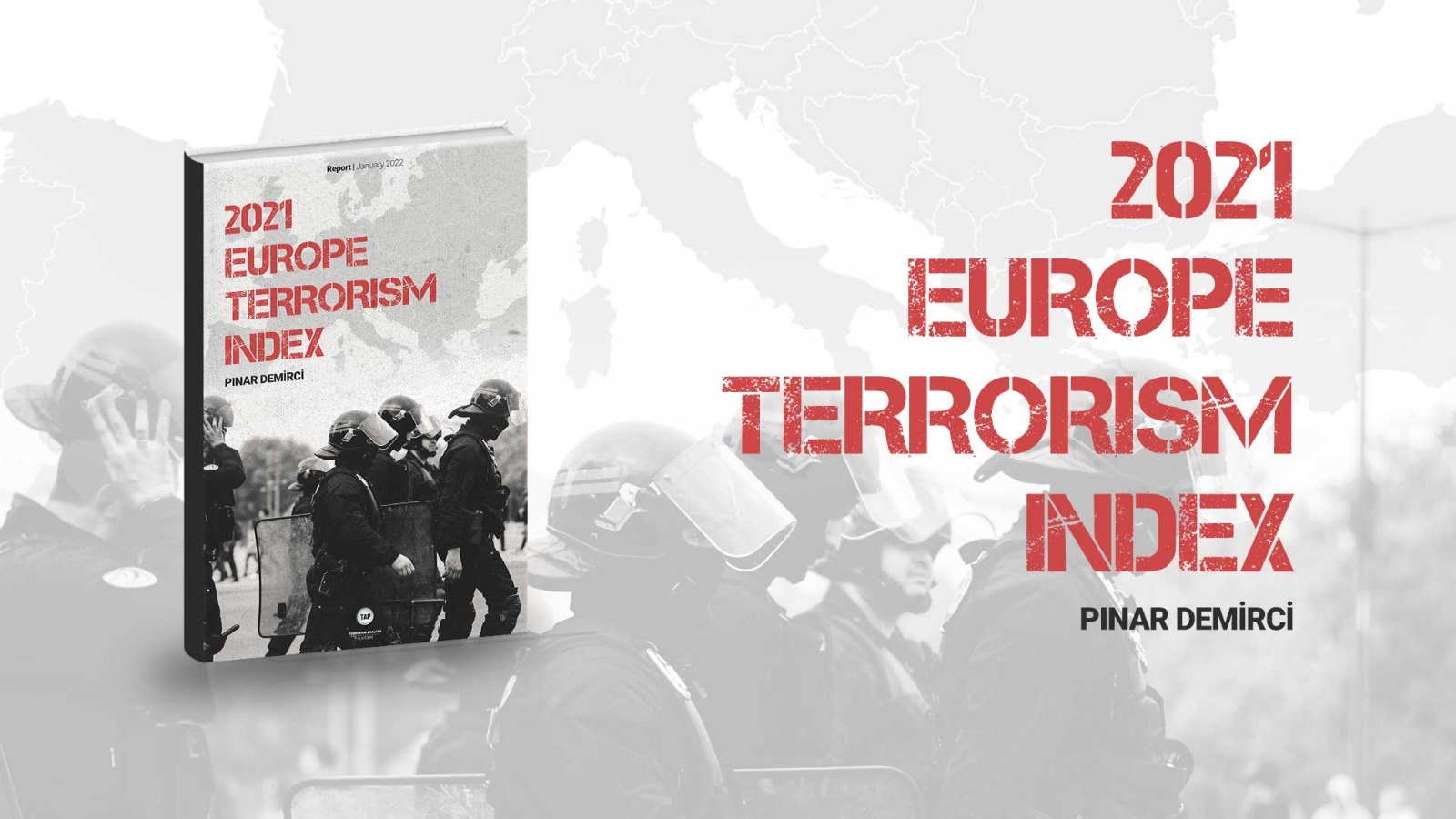 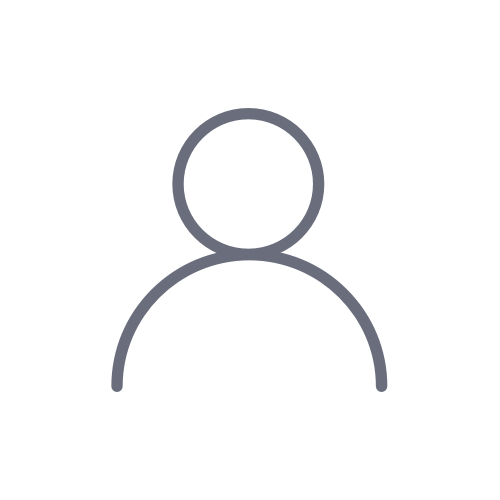 The overall terrorist threat to the security of the European Union (EU) has significantly been reduced as of January 2021. It appears that Europe has notably diminished its vulnerabilities against jihadist terrorism in 2021. Looking back at the last two years, jihadist terrorism seems to be the greatest threat to the European Union (EU). According to the EU Terrorism Situation and Trend Report (TE-SAT) 2020 published by the European Union Agency for Law Enforcement Cooperation (Europol), a total of 119 foiled, failed, and completed terrorist attacks were reported in the EU members. Ten people died and 27 people were injured as a result of terrorist attacks in the EU countries. All deaths and the injuries of 26 people were the results of jihadist attacks, except one person was injured in a right-wing terrorist attack.[1] The United Kingdom was among the most affected countries in Europe. There were four deaths recorded in 2019.[2] In 2019, a total of 1,004 individuals were arrested on suspicion of terrorism-related offenses in the European countries.[3]

The numbers of terrorist attacks have also remained largely stable in 2020. A total of 57 completed, failed, and foiled terrorist attacks were reported in the EU countries in 2020. Additionally, 62 terrorist incidents were reported by the UK. 21 people died as a result of terrorist attacks and at least 54 people were injured in 2020. Three people also died in the UK as a result of terrorist attacks. The deaths were the result of one right-wing terrorist attack and six jihadist terrorist attacks. Whereas a total of 10 jihadist attacks were recorded in three EU Member States namely, Austria, France, and Germany, four terrorist incidents were motivated by right-wing extremism in Germany, Belgium, and France.[4] A total of 449 arrests on suspicion of terrorist offenses in the EU Member States were reported to Europol in 2020. The UK reported 185 terrorism-related arrests.[5] In 2020, the left-wing and anarchist extremist groups’ campaigns also continued in the multiple EU Member States. PKK, listed as an international terrorist organization by the EU[6], continued using EU territory for propaganda, recruitment, fundraising, and logistical support activities but has not carried out attacks on EU soil. Notably, several individuals have traveled from Europe to Syria or Iraq to join the PKK. Belgium reported that a total of nine Belgians of Kurdish origin joined the conflict in Syria and Iraq via PKK recruitment networks. Five of them have returned and one has been killed.[7] The threat that these individuals pose upon their return remained a matter of concern.

Europe has continued to face terrorist threats and concerns in 2021. However, the overall terrorist threat to the security of the European Union (EU) has significantly been reduced compared to the last two years. There have been just two terror-related attacks recorded in Europe as of January 2021. On 13 October, a man attacked eight people with a bow and arrow in Kongsberg town of Norway. Five people were killed, and three others were injured. The 37-year-old Danish citizen Espen Andersen Bråthen was suspected of killing five people in the bow-and-arrow attack in the Norwegian town of Kongsberg. The suspect was flagged for radicalization.[8] On October 15, David Amess from Prime Minister Boris Johnson's Conservative Party was knifed in the attack in the Belfairs Methodist Church in the east of London. The killer, identified as Ali Harbi Ali, a 25-year-old British citizen of Somali was charged with the murder of lawmaker David Amess and preparation of terrorist acts.[9] Although the murder of David Amess in the UK and the bow-and-arrow attack in Norway in which five were killed have raised concerns that extremism may hit the UK and Europe once more, there has no another terrorist attack reported so far.

Although the absolute number of far-right attacks remains low when compared to other forms of terrorism, the rise of far-right political terrorism has been one of the worrying trends in Europe.The events on Capitol Hill in 2019 further demonstrated right-wing extremism can pose as serious a threat as militant jihad­ism.

The number of foiled jihadist terrorist plots in the EU and the UK has also decreased in 2021. On January 27, a German woman has been charged with preparing a far-right attack to target Muslims and local politicians in Bavaria. The 55-year-old far-right extremist got 6 years in prison for planning terror attacks.[10] On September 16, four men have been indicted in Germany on suspicion of supporting the Islamic extremist group Jabhat al-Nusra. They have been accused of raising money for Nusra in late 2013 or early 2014. One of the men has also been accused of joining the group and traveling to Syria to fight with the breakaway offshoot of al-Qaida.[11] Additionally, four people have been arrested in Germany over a suspected Islamist plot to attack a synagogue in the German city of Hagen on that day.[12] Whereas there were 449 arrests for terrorist offenses in the European Union in 2020[13], the number of arrests on suspicion of terrorist offenses in the EU Member States remains significantly low in 2021. It seems that the overall terrorist threat to the security of the European Union (EU) has significantly been reduced. In 2021, a small number of returnees from the conflict area in Syria and Iraq have been reported by the EU Member States as well. On 16 July, ten children and six mothers held in a prison camp for jihadists in Syria were flown home to Belgium.[14] Many European countries have not allowed them to return, but Belgium seeks to bring back young children. On 6 October, Germany repatriated eight women, who had joined the DAESH, and 23 children from a camp in northern Syria.[15] Whereas a small number of returnees from the conflict area in Syria and Iraq have been reported by EU member states, hundreds of Europeans remain in detention camps in northeast Syria. The Syrian Democratic Forces (SDF) militarily led by the YPG, the Syrian offshoot of the PKK, holds the majority of foreign fighters and other DAESH supporters, and these captives and internees remain in limbo. EU governments remain extremely reluctant to bring these detainees back home. EU Members’ unable to allow them to return left the issue of foreign fighters unsolved.

On the other hand, far-right movements remain crucial threats and may be considered as worrying as jihadism.[16]The right-wing extremist terrorist attacks in the last three years have led many to designate right-wing extremist terrorism as the next major terrorist threat. Although the absolute number of far-right attacks remains low when compared to other forms of terrorism, the rise in far-right political terrorism has been one of the worrying trends in the last years in Europe. The events on Capitol Hill in 2019 further demonstrated right-wing extremism can pose as serious a threat as militant jihad­ism.[17] Furthermore, far-right parties have also made gains across Europe in the last few years. The right-wing parties substantially increased their seats in European Parliament in 2019. Italian, French, and Hungarian far-right parties won the plurality of their country’s seats.[18] Whereas Italy’s Matteo Salvini’s far-right party topped Italy’s EU election polls, France’s National Rally topped the polls in France. The far-right made also strong gains in Belgium and Sweden.[19] The latest European Parliament elections of May 2019 marked the strength of the far-right movements. Identity and Democracy, the far-right political group of the European Parliament is the fifth largest one in the current European Parliament. It has 70 members from ten countries, with the majority coming from Italy’s Lega party, the Rassemblement National in France, and Germany’s Alternative for Democracy (AfD).[20] The group under the leadership of Lega party has also sought to create a new alliance with European Conservatives and Reformists Group in 2021. On 3 December, two groups reached an alignment for joint votes on the protection of the sovereignty of the member states and the stance on illegal immigration issues in the European Parliament.[21] It seems that the far-right group increase its power in the European Parliament for next years with next coalitions.

As for the EU counter-terrorism agenda for next years, it seems that fighting jihadist terrorism will remain to be a top priority for the EU and its member states. Following a series of attacks since 2015, the European Union has adopted various measures to stop terrorism. Turmoil in the Middle East and North Africa has directly affected Europe due to its proximity to these unstable regions. Whereas the flow of irregular migrants entering the EU reached unprecedented levels, there was a sharp increase in both the number of attacks and deaths caused by terrorism in Europe. Jihadist terrorist attacks in last years have shown that there is a need for a common responsibility within the EU. In 2015, EU leaders issued a joint statement to guide the work of the EU and its member states. It called for specific measures, focusing on three areas: ensuring the security of citizens, preventing radicalization and safeguarding values, and cooperating with international partners.[22] Since 2015, the EU has taken measures to improve information exchange between EU countries, including the update of the Schengen Information System used by police and border guards to share alerts on wanted or missing persons and objects; the passenger name record directive, regulating the transfer and processing of personal data provided by air passengers and the creation of a European counter-terrorism center at Europol to support information exchange between national police authorities.[23] On 24 July 2020, the European Commission set out a new EU Security Union Strategy for the period 2020 to 2025. The most important priorities for the future have been combatting terrorism and organized crime, preventing and detecting hybrid threats and increasing the resilience of our critical infrastructure, promoting cybersecurity, and fostering research and innovation.[24] According to the strategy, foreign terrorist fighters (FTFs) currently in Syria and Iraq has been also an important issue of counterterrorism policy. Identifying high-risk individuals, a reintegration and rehabilitation policy is needed.[25] Whereas the issue of foreign fighters has been high on the EU political agenda for many years, the EU’s role remains limited when it comes to the rehabilitation of imprisoned terrorists.

In conclusion, Europe has significantly reduced its vulnerabilities against jihadist terrorism in 2021. On the other hand, far-right political movements remain one of the worrying trends in Europe. It seems that the EU still sees jihadism as the main threat but has to take pro­active measures against right-wing movements. Additionally, EU governments remain reluctant to allow FTFs to return to the EU. European countries have taken back only small numbers of people, almost all of the children in 2021. So far, European countries’ response to FTFs become not to bring them back home. The UK has revoked the citizenship of several British nationals who traveled to join DAESH in the Middle East in 2019. Germany introduced a law in April 2019 allowing it to revoke the citizenship of adults who possess a second nationality and who take part in combat operations for a terrorist militia. Other European countries also have laws allowing the removal of citizenship.[26] It seems that European countries have focused on exclusion as a policy response to FTFs. Bringing European fighters and supporters who've been involved or associated with militant groups such as DAESH and YPG, the Syrian offshoot of the PKK, back Europe could pose a serious threat against European security. This makes returning European fighters politically unpopular. However, the policy of leaving their citizens in these conditions cannot be sustainable in the longer term. The EU members need to take effective steps for the repatriation of European fighters and supporters back to their home countries. As a result, the issue of foreign European fighters and the rise of far-right movements remain problems to deal with for the EU.

Compiled by the author.